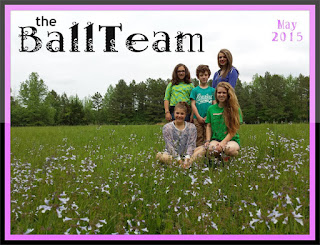 I wanted the May Splash to be all about flowers.  May flowers.  I had a great plan to visit a local botantical garden and get a picture amongst the beauty of the professional garden, but, it rained.  And it rained and rained.  We've had flash flood warnings and a soggy soggy soccer season.  So, this photo isn't as flowery as I would have liked.  I do like the way the kids are arranged - they are the biggest thing in the picture.  Bigger than even the trees behind them and they dwarf the flowers around them.  They are the focus.  The reason I do almost everything.  They are my Ball Team. 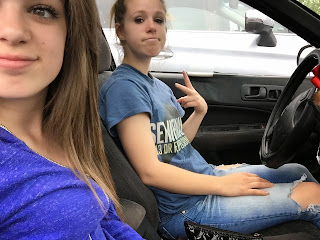 I will admit that I did absolutely everything I could do to get out of going to school. My grades were always above average and I finished high school in my junior year.  My senior year of high school was spent at Salisbury State College, as a freshman. In the afternoons I had to go back to the high school for gym and French - blowoff classes, but, they wouldn't let me out of them.  Rachel is in almost the same situation now - she's a junior and she has all of her electives finished.  All she needs to graduate is another credit in English and another credit in history.  She can have all that accomplished by December of her senior year since she doesn't have to take electives and she does all her academic work online, at her own pace.
My kids have inherited my pace of learning - and my aversion to the classroom.  Rachel especially will do anything to get out of actually seeing the inside of her schoolroom.  Samantha avoids people as a rule -seriously.  So, when the administration at the high school dangles a carrot you know my two will jump for it.
'
Our high school girls' softball team made the state championship.  The game was on Friday and it was scheduled to be played in Fayetteville - about two and half hours north of our little town.  The announcement at school was this - if you attend the game, your absence at school on Friday will be excused.  Just show your ticket stub as proof.  Rachel and Samantha were suddenly huge softball fans and a road trip was in order.
They had no gas money.  They made a few calls to friends - suddenly they had gas money.  Off they went.  The game did not give out ticket stubs, so word got around, as word gets around on twitter in this modern age, and the only proof you needed was a selfie of you, with your entrance stamp, your face and the softball area in the picture. 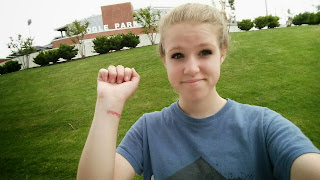 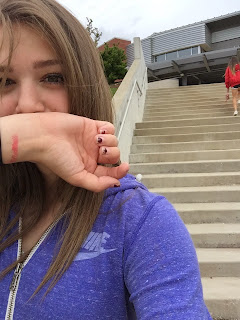 I hold no illusions that these two stayed at the game only long enough to get the stamp.  Let's be realistic. I can only hope that they turn into responsible adults - with problem solving abilities and a can do attitude.  They saw an opportunity; they followed the rules; they win.  I honestly would have been right with them in high school.
On a side note, it's a strange feeling to be hoping your kids just give up and go to school.  But, it's a really really strange feeling hoping your kids conquer the obstacles in front of them.  At least it shows they can read a map and find their way home again.  My babies.  Little adults.   Sigh.

JMichael (7 years old) loves his soccer.  He gets right out there on that field and literally gives it his all.  He gets his athletic drive from his Dad, who played every sport, season by season, all year as a kid, and then as a teenager he stuck to his love - football.  He played all through high school and had a scholarship to play college ball but he turned it down.  That's a different blog post.  This one is about JMichael.  I played field hockey and lacrosse in junior high, high school and college, but, I was never a starter.  Isn't that sad?  All those years and I never started in a game.  I was the kid they put in when the score was so far off it didn't matter.  Haha.  I just played because it was fun.  I think that's what JMichael gets from me athletically. 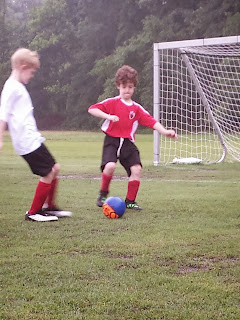 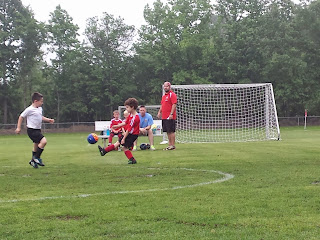 Getting past his opponent. 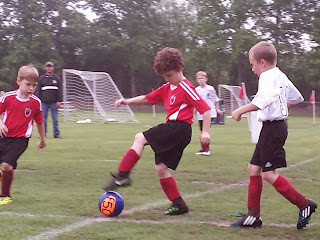 This is called a "pull back". 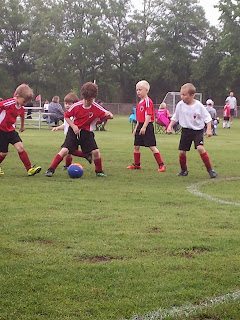 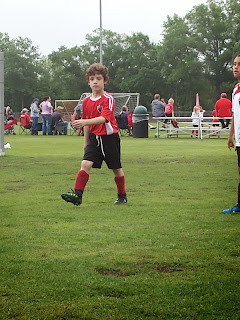 And looking back at the folks to make sure we see it all.  In this particular game, JMichael scored three times and the other coach said to his team - Ok y'all.  Don't let that curly haired boy get behind you - he can kick the ball clear down the field.
Go get 'em curly haired boy! 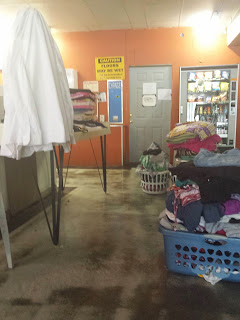 So we've had some germs in our house - coughing, nausea, general blahs - it's been around and around.  The laundry was getting behind.  When I say getting behind, I mean mountains.  No kidding.  The Rockies.  The Ball Team laundry system is the washday method - seven people in the family, seven days in a week?  It's flawless.  Each willing and compliant member of the family washes and dries his or her weekly laundry on his or her assigned day.  In a perfect world it would be that easy.  When you are sick and busy, and just not terribly motivated, it mounds up fast.  So I decided that I wanted it done.  Done.  I loaded up the car full of every scrap of cloth I could find in the house that wasn't either being worn, or folded/hung/neatly put away.  This totaled (drum roll) 18 loads of laundry.  WHOA!  I took Samantha and Charlotte and we had a "how to use a laundry mat" lesson.  It took us a few hours - Samantha left with some friends and was replaced by Rachel and her pal Hunter.  It was a full day's work.  Once home, everyone put it away and we are now back on track with the one person a day wash system.  Live and learn! 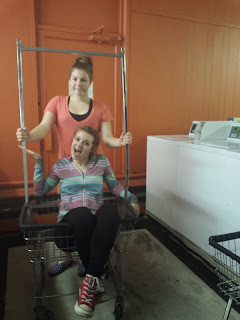 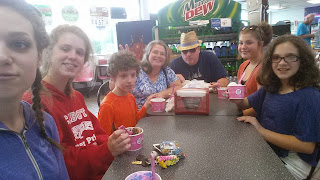 Here we are - all of us.  Mother's day was in full swing and we had ice cream out.  A rare treat for us all.  These five made me a Mom.  I learn with them and from and love them all.  Happy Mother's Day everyone!